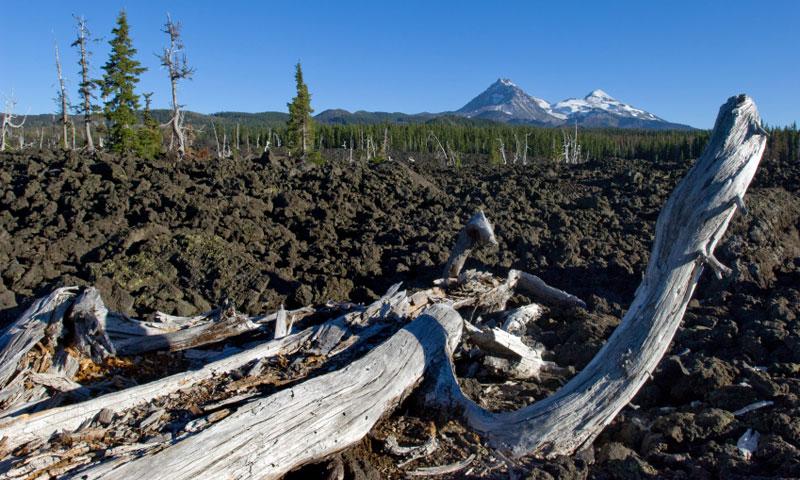 The McKenzie Pass Highway, just 21 miles northwest of Bend, is a scenic drive that crosses Oregon’s majestic Cascade Range and passes through the firs and pines of two national forests.

The McKenzie Highway in Oregon is truly one of the most scenic drives in the Pacific Northwest. It covers nearly 88 miles of countryside between Sisters and Springfield. Two national forests, towering peaks of the Cascade Range, and the sparkling waters of the McKenzie River make this drive breathtakingly beautiful.

If you are travelling from Bend, you can access the McKenzie Highway Oregon by taking Hwy 20 north to Sisters. From there, start the drive by heading west on Hwy 242 (closed in the winter) and cross McKenzie Pass. Continue on Hwy 126 west at Belknap Springs. The McKenzie Highway ends when it meets Interstate 5 at Eugene / Springfield.

A drive along the 88-mile McKenzie Highway will take you just under 2 hours. Of course, with so many scenic spots along the way you may want to set aside a few hours to fully appreciate this beautiful roadway.