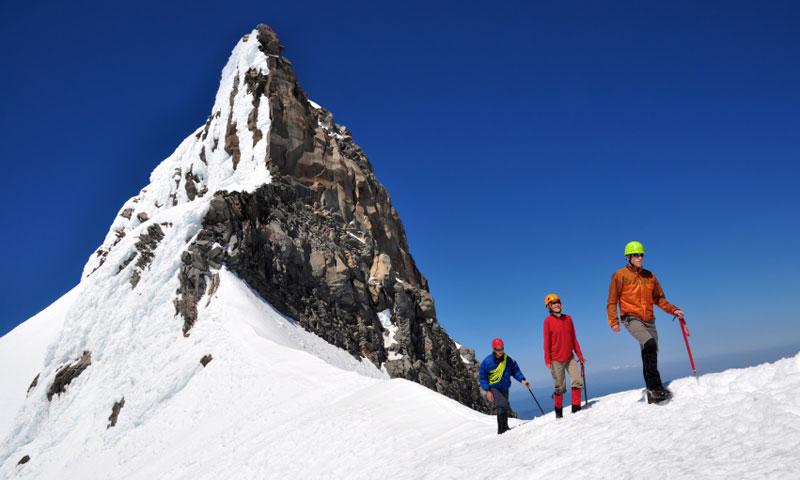 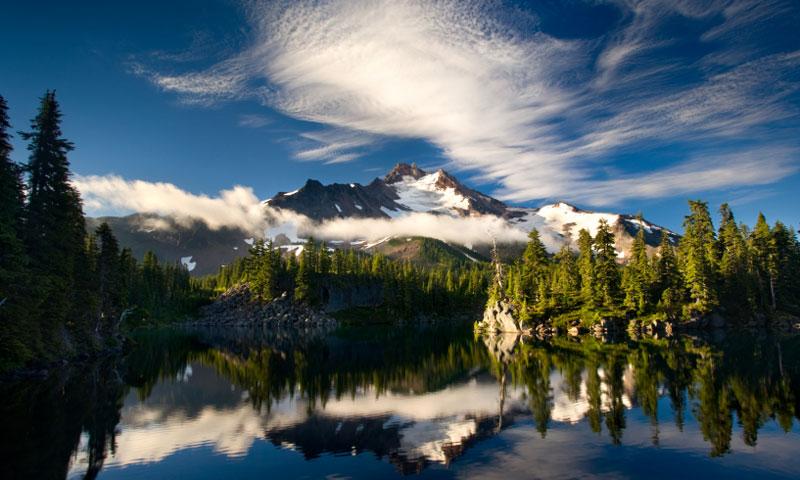 Located 50 miles northwest of Bend, Mt. Jefferson, Oregon is part of the beautiful Cascade Mountain Range and the second highest peak in the state.

Mount Jefferson, Oregon, is the second tallest mountain in the state with an elevation of nearly 10,500 feet. Located within the beautiful Mt. Jefferson Wilderness, this majestic peak is one of the most difficult mountains to access in the Cascade Range. With rugged slopes deeply eroded by glaciers, Mt. Jefferson is a stratovolcano that is still regarded as active. The picturesque and rugged snow-capped mountain is widely photographed and attracts many mountain climbers.

Mt. Jefferson, OR, is located approximately 50 northwest of Bend near the southwest corner of the Warm Springs Indian Reservation. 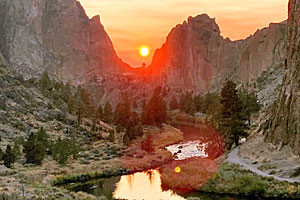